Should We Be Following Other Countries in the Proper Disposal of Nuclear Waste?

There is a big problem in the world today that many of us might not realize and that is nuclear waste. It is one of the most dangerous pollutants, and it does not get as much attention as it needs. The United States should follow the lead of other countries in taking responsibility for creating a long-term plan for safe storage of nuclear waste because it is concerning to the environment, our health, and future economic stability. As a whole, we need to work together to find the best possible solution to resolve this dilemma that not only affects some but all.

Nuclear energy is no doubt a very powerful resource. It gives power to our homes and to our cities.  It is made is by mining uranium and splitting it, then generating heat that is placed in a turbine generator which, in turn produces electricity. Nuclear energy accounts for approximately 20% of all energy used in the U.S today. However, we still have not found a safe and economical way to properly dispose of the nuclear waste. Because the waste remains toxic for approximately 100,000 years, it is challenging and expensive to create storage facilities that are not “vulnerable to mechanical failure, technical or human error, terrorist attack, and natural disaster” (Shulman). There are high levels of radiation that need around the clock supervision and electricity to keep the waste controlled so that radiation is not emitted into the environment. When being stored in cooling pools of water, spent fuel rods are susceptible to a nuclear reaction and natural disasters, according to Seth Shulman of the Union of Concerned Scientists. 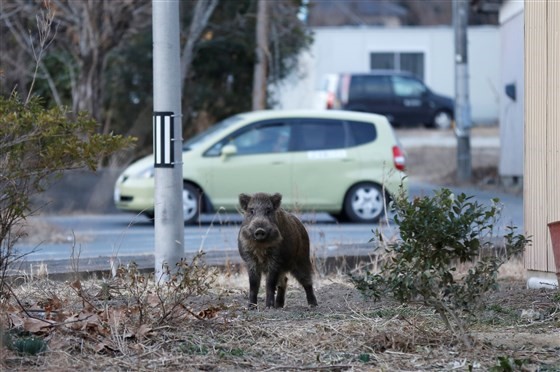 When nuclear waste contaminates our oceans, radioactive elements “can be absorbed by phytoplankton, zooplankton, kelp, and other marine life and then be transmitted up the food chain, to fish, marine mammals, and humans” (Grossman). This is a problem today because when one of our sources of food is contaminated with something so harmful, the radioactivity will continue to spread. Radiation levels that exceed normal standards damage “the genetic material (DNA) contained in the body’s cells, radiation can cause cancer”(“Radiation Health Effects”).

In 2011, a 9.0 magnitude earthquake off the coast of Japan triggered a tsunami of approximately 50 ft. The wave hit the Fukushima nuclear power plant causing a leakage of radioactive waste that  was stored on the site. This catastrophic event caused a state of emergency and thousands were forced to evacuate their homes with little to no belongings. Seven years later, houses are now left deserted with everything still inside; Fukushima is now a ghost town inhabited by wildlife as you can see in Figure 1.

In 1986, Ukraine made history after the Chernobyl nuclear accident. Studies 30 years after the event show that because of the radiation left behind,

Fig. 2. “A pair of great tit birds collected near Chernobyl – left is normal, the individual on the right has a facial tumor” (T.A Mousseau)

wildlife is now being affected. Although we do have many safety precautions today with nuclear reactors and the nuclear waste, they both are still vulnerable to accidents or natural disasters that will have an effect on wildlife.

A long-term storage facility for nuclear waste is not an easy job. It includes finding the funds and a location. This might seem like two small requests but, on the contrary, it is the problem the U.S has been dealing with for years. In 1998, all nuclear waste was set to be transported to Yucca Mountain in Nevada. “In 2010, however, the DOE shut down the Yucca Mountain project without citing any technical or safety issues.” (“Used Nuclear Fuel”) “GAO’s study found that Energy Secretary Steven Chu’s decision to terminate the Yucca Mountain repository program was made for policy reasons.” Politics must be set aside for this matter regarding the safety of Americans and our environment.

An example the United States should follow is that of Finland’s. The Finns are currently building a long-term nuclear waste repository and once the nuclear waste of the country is buried, they will seal the entrance with concrete so that it cannot be opened again. They have found a remote location where a natural disaster is highly unlikely and dug approximately 420 meters underground to construct a network of tunnels. Within these tunnels there are sealed copper canisters, each up to 17 feet long, where they will be filled with nuclear waste and will be stored away from all living organisms. The idea of this is, “once Finland buries its waste in the tunnels, not much else will need to be done” (Wernick).

The reality of the world today is that electricity is now an important part of our lives and nuclear power makes up a big percentage of our usage. There is no time soon where nuclear energy will stop production therefore creating more and more nuclear waste in addition to our present waste. “The expansion of nuclear power will increase the nuclear material in use and may increase the risk of proliferation or terrorism” (Sokolov). It’s a risk the Americans who are living near the waste are taking as well as the country all together.

There is no doubt that nuclear energy has a lot of benefits. For instance, unlike coal it does not emit gasses that pollute the air in the making of it. However, there is a more concerning problem of the nuclear waste that is then left after energy is generated. This waste has no use or value but is highly radioactive and is very dangerous to every living thing. Creating a long-term repository will be costly and difficult, but the results will include a healthier environment, our health will not be affected, and future generations will not need to worry about how to deal with the waste that we produced and what mess we have left behind.

← Vaccination: Choice or Responsibility?
Light vs. Dark: “The Resurrection” by Anthony Vandyke →