The right to vote is everyone’s constitutional right. However, there are four states that permanently ban a person with a felony or a previous conviction of this right. I believe that this voting 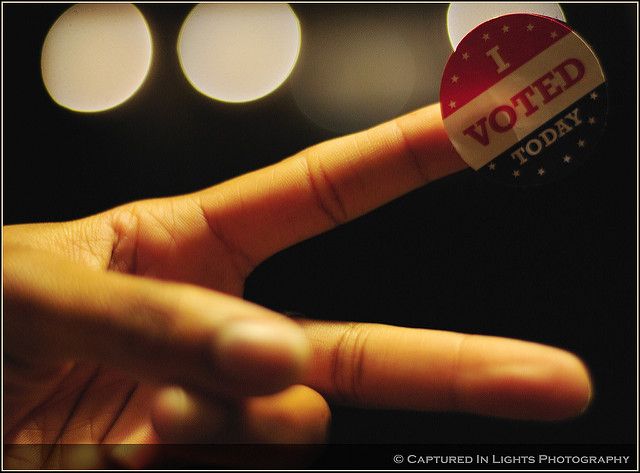 disenfranchisement is unconstitutional as the people most affected by this law are the minorities. It is very unfortunate that in this great country we live in, there are still laws that violate this very important human right that is the right to vote. This makes me wonder if this country really is “The Land of the Free.”

Upon completion of their sentence, a person should be allowed to vote. Why should someone continue to be punished even after paying their dues to society? People should be allowed a second chance and be given the opportunity of a new fresh start. A person that has served their time and who is re-integrated into society should automatically get their constitutional right to vote restored.

As stated by the NAACP (National Association for the Advancement of Colored People), Hispanics and African Americans only make up 32 percent of the US population; however, they accounted for 56 percent of incarcerated people for the year of 2015. (“Racial Disparities in Incarceration”). This corroborates my theory that the law of disenfranchisement is one that is unjust and is made up to target and affect a specific group of people in this case the minorities and people of color.

It has been argued by those that oppose to the rights of felons to vote that someone with a prior conviction is not trustworthy. It is also believed that convicted felons have poor judgment. But, I oppose to those statements because no one is perfect. People make mistakes and if a person serves time in jail, once they are released they are believed to have paid their dues to society. When back into society, they are responsible for abiding the laws, paying their taxes, and living as responsible citizens. Therefore, they should also be automatically allowed to exercise their voting rights as well.

Virginia is one of the four states that permanently ban felons from voting after a criminal offense. In the article “Restoring Voting Rights to Felons a Step Towards Ending Black Voter Suppression,” written by Jamaal Abdul-Alim, Governor Terry McAuliffe made an attempt to restore the voting rights of more than 200,000 felons in the state of Virginia. This attempt was not approved by the Supreme Court.  The Republicans thought that the opposing Democrat, McAuliffe, attempted to restore voting rights of felons as an effort to gain more Democratic votes for the upcoming elections. This was because the African Americans represented 60.8 percent of the state of Virginia’s prison population and whites represented 36.2 percent of the prison population. Also because African Americans are more likely to vote Democrat. More than half of the prison population are African American, a very disproportionate amount considering that the black community only represented 19.7 percent of Virginia’s total population and whites represented 70.2 percent in the year of 2015, as stated in the census. Although I can agree that a person that is in confinement should lose their right to vote as a part of their punishment for breaking the law, this article further proves my standpoint that disenfranchisement is unjust and it is a law that should be reformed. This is so once a person is out of penitentiary they can continue to take part into our society and help elect our leaders.

These articles helped me better understand my stance on voting rights for felons. They provided statistics and enough information to strengthen my stance that felons should be allowed to vote after serving their sentence. For example, in the article “Restoring Right to Felons a Step Toward Ending Black Voter Suppression,” I learned that in the state of Virginia, African Americans represented a large percentage of the people in penitentiary. However, they represented a small percentage of the total population of that state. This led me to the conclusion that for that state the people that are mostly getting their rights to vote taken away are the people of color. This brings me to the realization that this voting disenfranchisement law is unjust and it is a form of oppression towards the Black Community. I strongly suggest that this law should be repealed or vetoed. This will be a positive step to continue working towards improving our society. Furthermore, this would be a way for disenfranchised voters in the system to prevail in their civil rights. Additionally, this will allow the African American Community and the minorities to live in a nation free of discrimination, that truly offers equal rights to every individual regardless of their race or the color of their skin.

Photo credit: “Did you VOTE today?” by Captured in Lights Photography.  Licensed through Creative Commons.